So here goes, the next four Wide Receivers. If you didn’t see the first four then click here. Right, lets get at it. over to Alabama, again.

Whilst Murf is 100% out on Ruggs, branding him another Marquise Goodwin. I feel differently about Ruggs. He played for one of the most prolific college teams, Alabama. They spread the ball about their huge talent pool in 2019. If you were to place Henry Ruggs on any other NCAA team, he would, without a shadow of a doubt, be their Wide Receiver one. In his time with the Crimson Tide, Ruggs has been hugely overshadowed by Jerry Jeudy. Whilst still showing his arsenal of weapons, Ruggs has flown somewhat under the radar. Of sorts anyway. Don’t get me wrong, Ruggs has still flashed greatness and whilst is a burner, he has multiple facets to his game.

His 2019 season wasn’t huge numbers-wise, as The Tide spread the ball around a lot. Ruggs finished 2019 with 40 catches for 746 yards and seven touchdowns. Not terrible considering Juedy ate up 77 receptions for 1,163 yards and 10 touchdowns in the same season. In fact, on a per catch basis, Ruggs was more efficient. His 2018 season was a similar season number wise as he totalled 46 receptions for 741 yards and 11 touchdowns. As a rocket ship, Ruggs is as good as any speed demon we’ve seen and he makes big plays after the catch. Possibly the most explosive option in the country, speed-wise, 13 of his catches logged 20-yards or more. He was fast, very fast.

What really stood out to me on tape was Ruggs’s smaller build and stature. He isn’t huge, nor is he puffy chested and looking like an alpha. Standing 5 foot 11 inches tall (which is a box of matches taller than me) and weighing 188 pounds (slightly more than me) Ruggs doesn’t cut the big time Receiver mould. What is good to see, is how solid his stance is when carrying the ball. Tackles seem to bounce off him with regularity and clean hits rarely stop his movement process. Yards after the catch are a huge part of his playstyle and once he’s free from the shackles of the defender, he’s gone. Did I say he was fast?

The Combine was what we all expected from Ruggs. All the hype and chat beforehand was that of Ruggs possibly beating John Ross’s 40-yard record of 4.22 seconds. If you have been living under a rock recently, you will know he didn’t. He ran a mediocre 4.27! Whilst he may be a speed demon, Ruggs has all the talents to be able to make it at the next level. He can stretch the field with his lightning speed but also makes great contested catches. His leap is good (check put his basketball dunk highlight) and shows no concern for his body when making contested catches or trying to gain the extra yard.

Ta-Da, another of my championship-winning Wide Receivers. If you know me, and my love for the pass catchers you’ll know I have a certain affliction for Megatron. I mean come on, who doesn’t love a Transformer?! Calvin Johnson is one of the best Wide Receivers to have ever played the game in my opinion. To my eyes, Claypool was forged in the fires of Mount Doom in Johnson’s old mould. A mould reserved for only the most perfect match of receivers to Johnson. Claypool is that person. Here is how they compare in their Combine numbers;

See, the comparison is scarily close. So close in fact, Since the 2006 Combine, the only WR weighing 230+ lbs to run the 40 that fast at the NFL Combine was Calvin Johnson. Now I’m not saying Claypool will be Megatron, but if there was ever a guy who could be him, it’s Claypool. He made a darn good go of doing so at the combine at least.

His time at Notre Dame has been one of continued improvement. 2017 saw a season where the entire Fighting Irish’s offence was hindered by awful Quarterback play. Man could Brandon Wimbush run but not pass. He was terrible and it left Claypool with just 29 receptions for 402 yards and two touchdowns on the year. 2018 saw an uptick in numbers for Chase. Whilst he totalled 50 receptions for 639 yards and four touchdowns throughout the year he played much better than the numbers suggest. He made some highlight-reel plays and was clutch in times of need for the Irish.

2019 was his breakout where he totalled 66 catches for 1,037 yards and 13 touchdowns. He had a much better year than Ruggs and could have been even better had Cole Kmet not been a red-zone target. His sheer size and speed make him a huge mismatch for opposing defenders. The fact he was faster in the combine than people thought was a testament to how he got in shape for it. He also had a stellar week at the Senior Bowl which hugely helped his draft stock.

Claypool’s issue whilst at Notre Dame was separation from defensive backs on occasion. Also on some releases from the line, when facing a good Corner in press coverage, he struggled to get into his stride. This may be an embedded issue due to his playstyle and size or perhaps under the right tutelage, he can learn to be a better separator for his frame size.

Word on the street is that the Bills were super high on Higgins. The speedy outside receiver, if still there at 22 in the Draft would have been a Bill. According to Higgins, he hurt his groin before the Combine so didn’t work out. That left mystery and intrigue as to how Higgins would perform at his Pro Day. The reality was different. Higgins ran a 4.54 40-yard which is considered slow for him and his normal speed. He ran the slowest 10-yard split of any Receiver that worked out at either combine or Pro Day. Higgins did not help his Draft stock. In fact, it was so bad that the Bills front office decided they would ring the Vikings and trade for Diggs.

Back to the Tee Higgins we all saw in the 2019 season. After all, a season’s worth of games is a much better sample size to evaluate someone on than a Pro Day after an injury. Higgins was explosive for the Clemson Tigers, working predominantly on the outside. He totalled 59 catches for 1,167 yards with 13 touchdowns. Great numbers off of a relatively small amount of receptions. The Tigers had lots of weapons and Higgins could have been more prolific if he was in less of a timeshare. Not only that, but he isn’t the type of Wide Receiver to tough it out in the middle of the park. He’s an outside the numbers shark who has a huge wingspan which enables him to win in the contested catch situations. These numbers from just the outside are great.

2018 as a sophomore, he totalled 936 yards on 59 receptions with 12 touchdowns. What impressed me was the fact that even though Clemson had lots of weapons, Higgins productivity increased in 2019. Tee is a size mismatch for defenders and has huge hands and arms as mentioned. He stands 6 foot 4 inches and weighs 216 pounds which will be hell for smaller defenders who will try to cover him.

Higgins excels at tracking the ball in the air and making adjustments when running routes to mean he is in the catch vicinity. His size means he is able to jockey with defenders for position without being too physical and drawing pass interference calls. He catches the ball effortlessly over the shoulder and has great hands and rarely uses his frame to catch the ball. Has good ball security which can help him to gain some dirty yards when needed.

Oh, look, another one of my College fantasy championship-winning players! Brandon Aiyuk was waiver wire gold for me last season. He had a much better senior season than his 2018. A jump in production for the Sun Devils shows he has progression ability. Coming out of the shadows of last year’s draft hype Wide Receiver N’Keal Harry, Aiyuk has blown up as the dawg in Arizona. He is a big-play guy who can take it to the paint at any moment with his fast, twitchy running style.

2019 saw Aiyuk haul in 65 passes for 1,192 yards with eight touchdowns. Much better than the previous year where he had a meagre 44 receptions for 474 yards and 3 touchdowns. Apart from my fantasy love for Ayiyuk, the media seems to love him also. One of ESPN’s big dogs sees him as a first-round talent. If you have seen my recent mock, I also see him as a first-round talent. NFL scouts have been less bullish on him and have graded him as an early second-round guy. Annoyingly he came in two inches shorter than listed at the Senior Bowl which could have hurt his draft stock.

Aiyuk, however, had a good combine performance. However, he ran slightly slower than his projected 40-yard time of 4.45 seconds, clocking a 4.5 instead. He compares beautifully to Justin Jefferson in athleticism. He measures a fairly short 6 foot flat but has an incredible broad (10 feet 8 inches) and ventricle jump (40 inches). Large hands and arm length mean he is good in contested catches and making grants when the ball is off-target allowing him to adjust well. He isn’t scared to run across the middle of the field and get involved with traffic and collisions when catching the ball. Running out of the Slot is where he excels using his foot quickness to get into stride and lose defenders.

Prior to being a Wide Receiver, Brandon played at Running Back and Cornerback. Playing in these other spots have helped his game as a Receiver allowing him to visualise and break down plays fast. Brandon is superb after the catch and can be slippery to bring down. He has a very different top speed in his second gear and can be surprisingly fast when being chased down. He is also dangerous as a special team player and can return punts and kickoffs. One knock on his game is his vulnerability when faced with press coverage. He doesn’t have good hands when trying to get past a defender. This can be worked on I feel though. His former Running Back days have helped him to be a tough runner when in possession of the football. He isn’t afraid to drop his shoulder to grind out a few more yards. He also isn’t afraid to be a blocker for his teammates when called upon to do so.

And breath! Second-tier Rookie Wide Receivers finished. I could have had eight guys in this tier but I’ve stuck to my standard four or article. The third tier will essentially be an extension of this article.

Let me know what you think of my observations and Rankings on Twitter @5yardrush.

Until next time, Keep Rushing 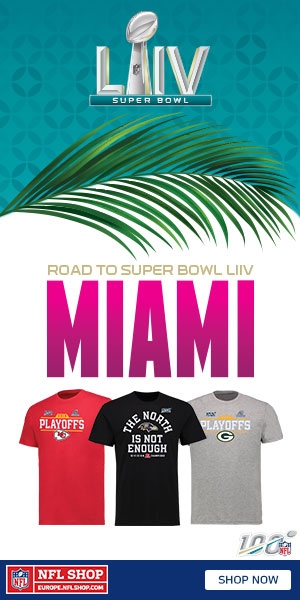